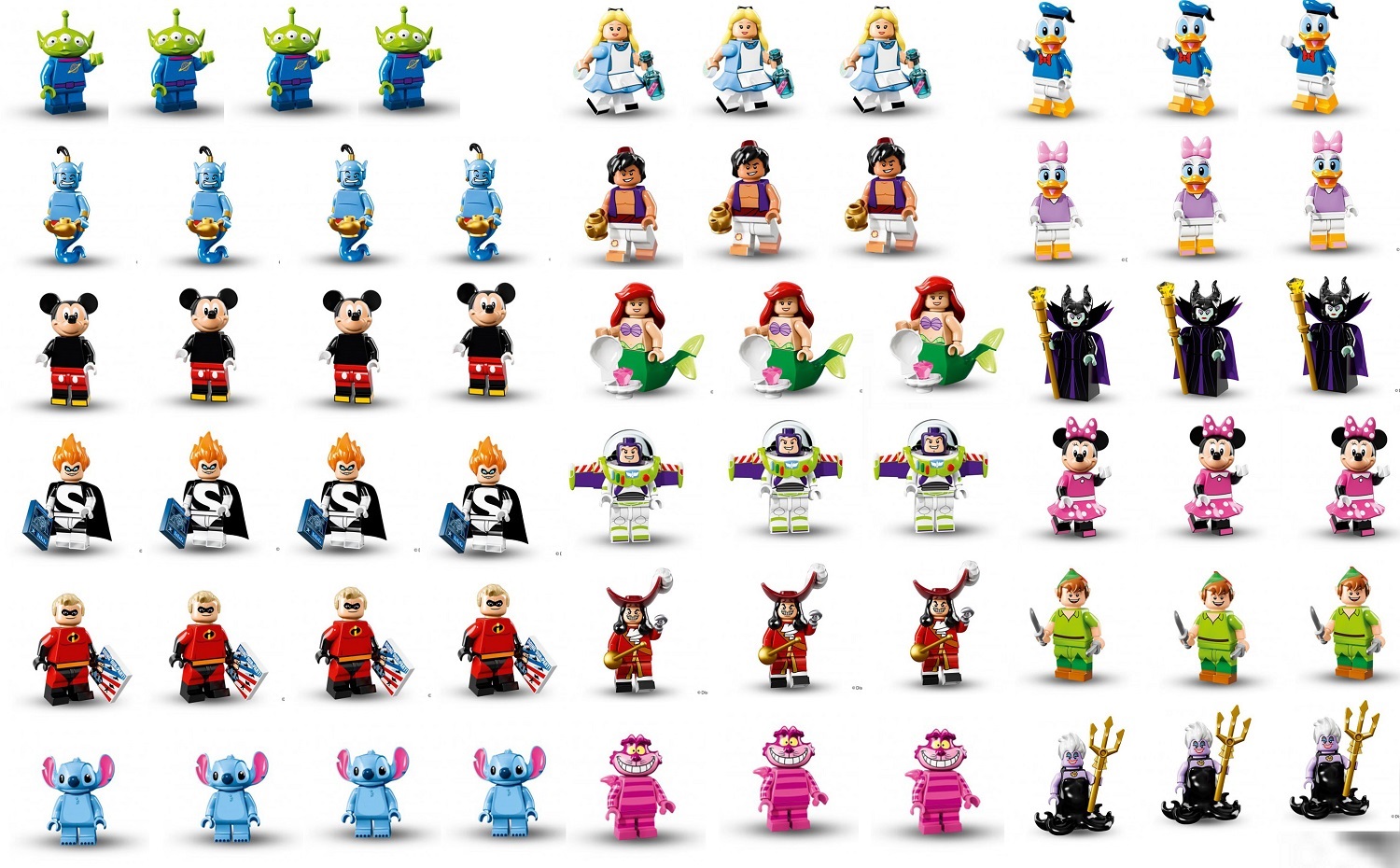 You have by now heard the news, and if not, well you must be a Warner Brothers Fan, so good riddance. And if you are a Disney fan but haven’t heard the news, LEGO and Disney are realizing a series of minifigures.

Are you done hyperventilating yet? good. Now on to the important things….

May 3nd. Thats your date.  Yes, I know its really the first but you don’t really want to be out there with everyone else, so do us all a favor and wait till the 3rd.

And here’s the good news: each box has 3 sets, plus a few extras to give to your friends (you know those LEGO guys next door). It’s hard to judge the fidelity of the set without actually having either to compare with, but they did get the color right I dare say. Then there are the other details, a little too numerous to detail here, but the gallery makes for nice browsing, and drooling.
END_OF_DOCUMENT_TOKEN_TO_BE_REPLACED

There is a brick ton of LEGO new coming out of the New York Toy Fair today. The Buildable Star Wards figures are just the latest.

I have never had a desire to buy the Bionicle, or Hero Factory LEGO sets, I was even able to resist their DC and Marvel figures when those were introduced, but these. It’s gonna be rough. An I know the kids will want them. On the plus side, look at those light sabers. There will be lots of severed LEGO arms in the house this year.

Come to the Dark Side, we have LEGO UCS Tie Fighter

Close on the heals of the Helicarrier reveal, LEGO today unveiled the LEGO Star Wars Ultimate Collector Series (UCS) Tie Fighter, and oh what a beauty.

Presenting the Ultimate Collector Series TIE Fighter – the iconic Imperial starfighter!
We proudly present the Ultimate Collector Series LEGO® Star Wars TIE Fighter. As featured in many of the action-packed Star Wars battle scenes, including the decisive battle that led to the destruction of the first Death Star, this large-scale LEGO-brick rendition of the classic Imperial starfighter has intricate detailing, as well as an opening top hatch and an exclusive TIE Fighter Pilot minifigure with a blaster pistol. And when you want to keep it safe from Rebel attack, mount the model on the display stand and keep yourself updated with all the key facts and figures on the included fact plaque. The Ultimate Collector Series TIE Fighter is the perfect addition to your Star Wars collection!
• Includes a TIE Fighter Pilot minifigure with a blaster pistol
• Features an opening top hatch
• Includes a display stand and informative fact plaque
• The perfect flagship model for fans of Star Wars and LEGO® brick building
• Collect one of the most iconic starships in the galaxy!
• TIE Fighter measures 18.5” (47cm) high, 12” (30.6cm) long and 12.2” (31cm) wide

Makes you want to join the dark side right?

The Salt lake County Library is 75

Yes, the Salt Lake County Library is turning 75. As part of the celebration, ULUG was asked to design an build a LEGO sculpture to celebrate, the result is this Dark Red and Gray “75” sprouting as it were from the pages of a book. If you want to see the sculpture in person, it is currently on Display at the Viridain Center of the West Jordan City Library